Billy Apple®
A History of the Brand 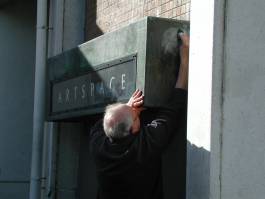 Since changing his name, Billy Apple® has developed a body of work that records his gradual transformation from an individual artist into a brand. The culmination of this process occurred in 2008, when he succeeded in registering his name as a trademark. Occupying the 3rd floor of Witte de With, this exhibition presents works from Billy Apple®’s inception through to today, tracing a practice that has remained ahead of its time in analysing and incorporating the marketing of art. Drawing upon the language of advertising and finance, the works presented include the timely series Paid, (1987) whose tag line reads: “The artist has to live like everybody else”.

The second part of the exhibition, titled Billy Apple®: Revealed/Concealed, opened on Thursday 25 June 2009. For this project, Billy Apple® transformed Witte de With’s 2nd floor, as part of a new commission that evokes his series of architectural interventions and his ongoing institutional critique. For example, in 1980, for his exhibition Censure at Leo Castelli Gallery, New York, Billy Apple® painted red the elements of the gallery that did not meet his exacting standards. Having corrected the imperfections of Witte de With’s spaces, Billy Apple® installed a selection of related works. The two-part exhibition extended into public space with a series of billboard commissions, created in collaboration with Sculpture International Rotterdam.

Together, this was Billy Apple®’s biggest survey to date in 2009 and just the 2nd time he has exhibited in The Netherlands, following the group show Kunstlichtkunst, at the Van Abbemuseum, Eindhoven, in 1966.

This Source Book is published on the occasion of Billy Apple’s two-part exhibition at Witte de With: A History of the Brand and Revealed/Concealed. 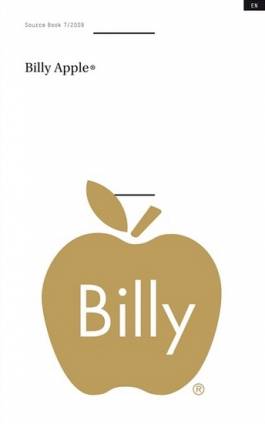 Four writers have been invited to contribute: New Zealand art historian and curator Christina Barton offers an insightful chronology; the French critic Bénédicte Ramade situates Apple’s practice in the context of institutional critique; the value systems of the Billy Apple brand are discussed by William Wood, Vancouver-based critic and art historian; and the expatriate New Zealand artist and scholar Michelle Menzies considers Apple’s sense of duration and his enduring significance for younger generations.