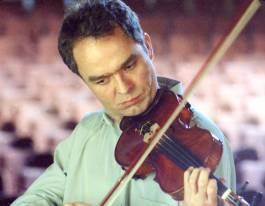 An exhibition of two films by Manon de Boer (b. 1966, India): Sylvia Kristel – Paris (2003) and Presto, Perfect Sound (2006), screened inside the “institutional zone” created by Liam Gillick’s architectural meta-structure, at Witte de With.

The show at Witte de With overlaps with de Boer’s solo exhibition at the Frankfurter Kunstverein (The Time That Is Left, 8 Feb – 27 Apr 2008), a collaboration between the two institutions. Together they are co-producing the first publication dedicated to her practice, to be launched in Spring 2008. It includes contributions by Elena Crippa, Lars Bang Larsen, Chus Martinez, Suely Rolnik and Jon Wozzencroft.

De Boer analyzes the possibilities of film in visual art. Her work was included in the 2007 Venice Biennale and was presented at the 2008 Berlin Biennale. She won the Prix Marseille Espérance at FID, Marseille (2006) and Best Experimental Film at the 14th Curtas Vila do Condo Film Festival, Portugal (2006). Her exhibition at Witte de With is timed to coincide with the 2008 International Film Festival Rotterdam.

De Boer’s films often challenge the conventions of the documentary genre. Her work captures the post-Modern shift from communal to individual and fractured narratives. Drawn to individuals with unusual personal histories (often actors, musicians, or intellectuals), she creates intimate portraits that question their own veracity, revealing the near impossibility of narrating one’s life as a coherent biography. In working with the same people over extended periods of time, de Boer explores the disjunctions between lived time and recorded history.

Sylvia Kristel – Paris is constructed around two interviews carried out by the artist two years apart with the actress who rose to fame as the star of “Emmanuelle”. Kristel’s stories wander fluidly through key points in her life, turning mainly around her love affairs and their relationship to the city of Paris. The city as a protagonist of sorts is filmed by de Boer with a super-8 camera. The two interviews vary considerably, revealing inconsistencies in Kristel’s life story, her poignant pauses emphasizing that which is left unsaid.

The soundtrack’s composer is George van Dam. He becomes the subject of Presto, Perfect Sound, which depicts van Dam playing his violin. Presto is the fourth movement of Belà Bartòk’s Sonata for Violin Solo Sz 117 (1944), chosen here for its length, speed and plot-like structure. De Boer edits together the various takes of van Dam’s performance to create perfect sound. She gives priority to the quality and continuity of the sound rather than the image. We can therefore see the cuts, but we do not hear them. For de Boer, whether she is working with a musical score or a personal narration, it is the shifts and changes that occur in doubling and repetition that are the most telling. 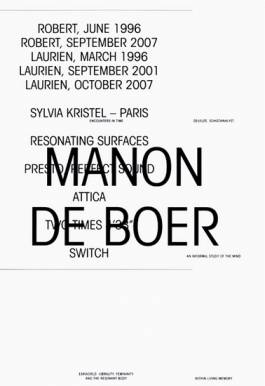