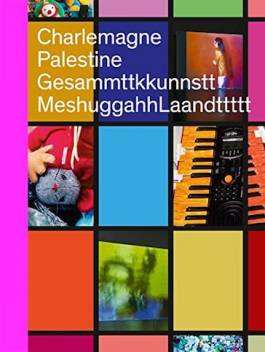 Central to GesammttkkunnsttMeshuggahhLaandtttt, Palestine’s solo exhibition at Kunsthalle Wien and Witte de With Center for Contemporary Art, is a grand piano as the sounding heart, and a new large-scale version of God-Bear Museum Model, a proposal for a new kind of museum where music and performance find a home just as easily as a painting would.

Charlemagne Palestine works from a highly personal universe of ritual, intoxication, and shamanism. Over the last four decades the artist has created an extensive body of experimental musical compositions, bodily performances, and, in later years, visual artworks inhabited by stuffed animals. To Palestine, teddy bears figure as powerful shamanic totems, which he fondly calls “divinities.”

Also part of the exhibition are Palestine’s extraordinary music and sound annotations, and a vast collection of works on paper, which aim to translate sound into image.

This catalogue visually documents this exhibition and features an interview between Charlemagne Palestine and Luca Lo Pinto, curator at Kunsthalle Wien, as well as an essay on Palestine’s work by Jay Sanders, curator of performance at the Whitney Museum of American Art.