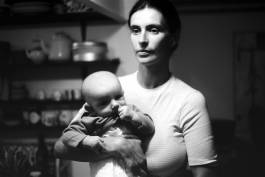 Inspired by Soviet and US propaganda films from the 1940s onwards, Salmon portrays the common struggle of ordinary people. Music often plays a central role in her work and technically she draws on practices pioneered by cinematic movements such as Italian neorealism and Cinema Vérité.

Salmon’s recent film Ninna Nanna (2006) is a study of motherhood, featuring three young Italian mothers. It reveals the discrepancies between the reality of their role and its idealization in art, politics and religion. Peggy (2003) is an elegant portrait of an elderly woman moving through her home whilst singing Amazing Grace. Her frail voice is at odds with her purposeful movements as she goes about her chores. The work evokes a sense of accepted loneliness also present in Salmon’s film Ramapo Central (2003). This follows the day-to-day life of an ‘average’ middle-aged American woman: at work as a telephone receptionist, taking an aerobics class or basking in the sun on her front porch. At times, the film verges on the tragicomic, but Salmon’s position is neither aggressive nor intrusive. Balancing intimacy with respectful distance, she creates laconic yet moving works that are at once sober and lyrical.

Artist: Margaret Salmon
(born 1975, New York, USA) creates filmic portraits that weave together poetry and documentary. Focusing on individuals in their everyday habitats, her slow-moving films capture the minutiae of daily life and infuse them with gentle grandeur to touch upon universal human themes. As she puts it “it is the ghost narrative in mundane tasks that I find interesting.”

Supported by: The British Council 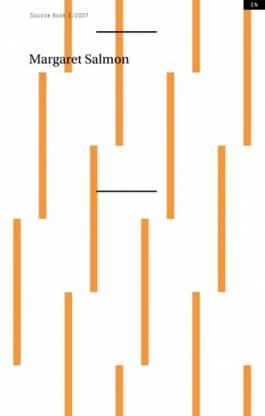